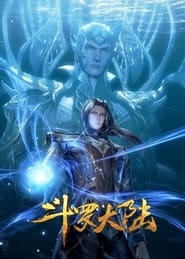 Tang San, the outer disciple of the Tang Sect, was not tolerated by the Tang Sect because of stealing his inner sect, but found that he was not dead when he jumped off the cliff to make his mind. Instead, he came to another world with another identity, a world belonging to the spirit of martial arts, named Douluo mainland. There is no magic, no fighting spirit, no martial arts, but there is a magical martial spirit. Everyone here, when he was six years old, would awaken his spirit in the spirit hall. Wuhun has animals, plants, and utensils. Wuhun can assist people in their daily lives. However, some of the outstanding spirits can be used to cultivate and fight. This profession is the most powerful and glorious profession “soul master” on the Douluo Continent.